From TheAtlantic.com - by James Fallows

From his tiny room in Tehran, an Iranian scholar imagined what a classic American scene would look like. Here is what happened when he had a chance to see for himself. 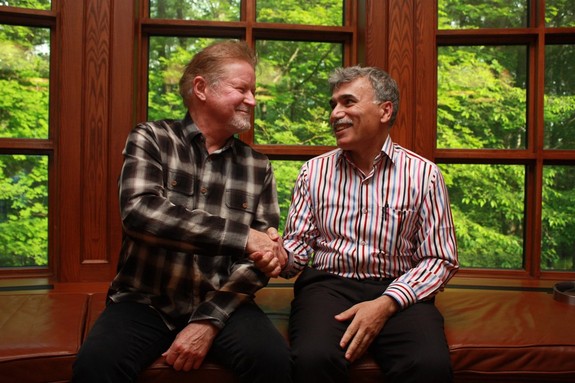 In the late 1850s, when The Atlantic was starting, one of it stalwart contributors was Henry David Thoreau. You can find a few of his articles, scanned in from the bound volumes, here. Walden was completed three years before our magazine began, but Thoreau wrote on similar nature, conscience, and consciousness themes for us.

In the late 1980s, when The Atlantic was owned by the real-estate developer Mortimer B. Zuckerman, it had an odd re-connection with Thoreau’s famed Walden Pond, in that Zuckerman was trying to build a big office complex there. Without getting into the details, Zuckerman (disclosure: we’re not friends) was never able to go through with the plans. In large part this was because Don Henley, singer and songwriter of the Eagles, led an effort to block the development efforts and preserve the woods.

Now, with Henley as its chairman, the Walden Woods Project is celebrating its 25th anniversary. And on this evening of the U.S.-Iran nuclear deal, by pure coincidence, it hosted a lecture by Ali Taghdarreh—a middle-aged Iranian who was making his very first trip outside his country, and who has devoted the past 10 years of his life to producing the first-ever translation of Walden into Farsi.

Read the full article at TheAtlantic.com