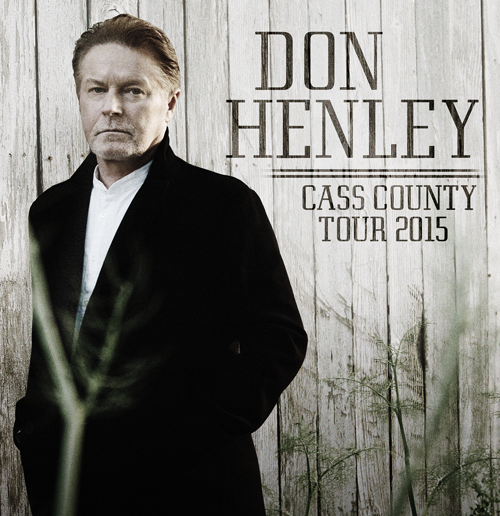 Don Henley will launch the “CASS COUNTY TOUR 2015” on October 3 in Phoenix, Arizona, following the September 25 release of CASS COUNTY, his fifth studio album and first solo album in 15 years. Each ticket ordered online through the primary ticket outlet will receive a CASS COUNTY deluxe CD.  Ticket buyers will receive an email notification to confirm the delivery details for their album. Singer-songwriter Shawn Colvin will open on all the dates. A full listing of all the tour dates can be found below.

For a full list of upcoming dates, visit the Events Page.